Toton Januar gives us a glimpse into his interpretations of Indonesia’s rich and vibrant culture, spiritual beliefs and beyond in the recent TOTON Spring Summer 2021 collection.

“I would like to think of myself as an earnest person. I want to be able to mean what I do, and hopefully, that will mean something to others.”

Toton Januar created TOTON in collaboration with Haryo Balitar in 2012, fulfilling his dream of building a brand to communicate his ideas through the medium of fashion and beyond. Through deconstruction and reinterpretation of ethnic garments and tradition, TOTON produces contemporary, ready-to-wear pieces for women. LINEAL sat down with Toton to discuss his Spring/Summer 2021 collection, which re-examines the diversity of faiths within Indonesia through the lens of its influences on the nation’s cultural identity.

Usha Sophea-Janardhan: What led you to create TOTON?

Toton Januar: Having a fashion line has always been a dream of mine, but not after my mom’s passing that I decided to go for it. It was hard because she didn’t approve of my choice and I had to go behind her back to study and work in fashion. Only later in her life she kind of gave me her blessings, although it was never verbally expressed.

I finished my study at Parsons New School for Design and had some experiences working in Jakarta. During my stay in NYC, I realized how much I’ve overlooked my country’s beauty and potentials. So I was determined to have a contemporary fashion brand that could be the embodiment of Indonesia without feeling too ‘traditional’.

There’s this funny story back when we first showcased our collection in 2012 in Singapore. I remember one of the ‘fashion people’ at that time came to our rack. After a walkthrough, she gave her two cents commenting that our collection reminded her of the souvenirs tourists would buy when visiting Southeast Asia. I didn’t disagree with her completely, but I think she missed the point. What we aim to do is to reinterpret Indonesian culture (that particular collection had traditional embroideries and motifs) and put it in different contexts, to make it more interesting, modern, and relatable to a wider audience at the same time. It might not have been a popular idea at that time when minimalist styles (along with Instagram) were on the rise.

Usha: What are some of the main influences TOTON draws upon?

Toton: Indonesia, first and foremost. TOTON was born out of my need to go back to my roots – or to be more precise, to find my roots. Growing up, I took my country for granted. As a teenager, I was always looking outside for inspiration and got awed by wonders other countries have (especially the west), failing to recognize the magnificent cultures around me. Only after I spent some time in New York City to study, was I able to see Indonesia from the outside and appreciate its rich and diverse culture as an endless source of inspiration.

Studying Indonesian people’s way of dressing from the bygone era is always my interest, but what excites me are the streets, the everyday life, the hustle and bustle of Indonesia’s cities, towns and villages. My favorites are the traditional markets where you can see people from every walks of life there. Indonesian traditional way of dressing is mostly eclectic, but you will find a different kind of ‘eclecticism’ in the way the ladies at the market dress. A meeting between traditional and ‘make-do’, it’s essentially organized chaos – an amazing one most of the time.

Usha: In past interviews, you mentioned that when you created TOTON, you could not find any brands that were doing what you envisioned and that you hoped to bring forward a force for a creative movement. Do you still think there is the lack you described – or has it changed since?

Toton: In my opinion, it has changed a lot. Many young local designers now are proudly inspired by Indonesia and incorporate our culture into their contemporary designs. They also have a different take on it, which makes the scene even more vibrant.

What I still long for is to have all these amazing talents come forward together, to be able to show and contribute their voices to a larger or global audience. We also still have so much to learn and explore. To be smart, consistent and persistent are very crucial in our journey.

A Form of Survival

Usha: How would you introduce your recent SS21 collection? What meaning does it have to you?

Toton: It is a form of survival to get through the chaos with faith and dreams of seeing better days.

I wouldn’t say that I am a very religious person, but I do believe in God and practice a religion. As many Indonesians do, religion has become a big part of our life, and the way we see and apply it can make a big difference to society, economics, to politics.  But from what I see, religion, for many people, is also a form of refuge; to find solace in uncertain times.

Unfortunately, religion also can be used as a political tool, using the blind faith of the people for certain agendas. It’s interesting for me to see how human beings navigate life with the help of religion and the extent it affects their daily decision-making, especially when faced with a hard time.

Usha: What gave you the inspiration for your SS21? Was there a mood board you relied upon?

Toton: The inspiration was the relationship between humans and transcendence through religion and how it affects the way we deal with troubling times. In a time of uncertainty, people tend to try to hold on to something, and most times religion comes into the picture as a symbol of hope.

I’ve got to be honest; I love mood boards. That is the place where imaginations can still run wild, but at the same time, they form a composition to produce a cohesive voice. I always put together visual references that represent the inspiration for the collection on a mood board. Most of the time I put pictures that I took, mostly of nature or Indonesian people on the street or traditional market. In this case, a trip to Museum Nasional Indonesia to visit Taman Arca became a starting point to develop the collection.

Usha: How did you curate the colors, textures, and designs used in SS21?

Toton: I wanted to go with neutral, skin-tone colors for the collection, not only because they fit perfectly with the theme but also, honestly, those colors are the ones most available in our studio – since we’re not getting new fabrics. The same goes with textures, we have this embroidered organza that we produce with a factory in Jakarta, with the Kawung and Truntum motif that signifies hope and virtue.

Handmade paper clay sculptures in the shape of bodice plates inspired by Hindu and Buddhist artefacts were also produced to signify protection and fragility of life at the same time, paired against silhouettes translated from traditional costumes of predominantly Muslim regions, Aceh and South Sulawesi.

Usha: What was the thought process behind the fabric selection?

Toton: For this particular collection, we decided not to buy new fabrics. We feel it’s just fitting with what’s going on in the world, and we also want to ‘normalize’ recycling and reusing materials from previous collections. From scrap Neoprene fabrics from SS16, lace with Kawung motifs from SS17, Lurik cloths from FW17, pleated organza from FW18, to embroidered organza fabrics with Truntum motifs developed for the last collection. Techniques and applications previously explored are also revisited, such as macrame, scale-like wave details and wood carving accessories that often adorned past collections.

I think it’s also a challenge for us creatively, to work with such limited resources but still produce a collection that is somewhat fresh and relevant to the audience.

Usha: Why did you choose to focus on the theology behind Indonesia’s identity?

Toton: I think it’s because Indonesia has always been close to spirituality, and later on, organized religions. The relationship between the people, nature and the transcendent has always been a part of Indonesian culture. It is fascinating to see how that relationship evolves, from the time of animism and dynamism to the Hindu and Buddhist era, and now where Indonesian people are predominantly Muslim. In religion and spirituality, people find faith and strength that defies logic, yet when it falls in the wrong hands it can be used to manipulate and advance certain agendas.

Usha: From starting TOTON to your latest SS21, how do you think TOTON has changed and grown?

Toton: I think TOTON’s spirit remains  the same, yet I also feel it matures with time. We grow more mindful, in the sense that we don’t create only for the sake of creation anymore, but we think about other aspects too. We have a clearer voice, although we need to build and maintain a connection with our women. Also, part of being mindful is to be more conscious of what we produce; ethically and environmentally speaking.

This pandemic has changed all aspects of our life, and fashion is not an exception. Last year the global and local scene was shifting to more somber and casual directions due to the circumstances, but I think this year people want to dream again. People need the escape, just like when the Roaring Twenties happened after years of a global pandemic and world war.

Usha: What is the message and vision you hope to spread with your SS21 collection and TOTON overall?

Toton: I wanted it to be a hopeful collection, one that can inspire hope and dreams but also when we dissect the pieces, they firmly grasp reality.

We are living through changing times and when we come out on the other side of this global pandemic, the world will not be the same again. But for me, fashion will always remain true in its nature; as a solution and as a fantasy. We’ll always need both, no matter what kind of world we live in. 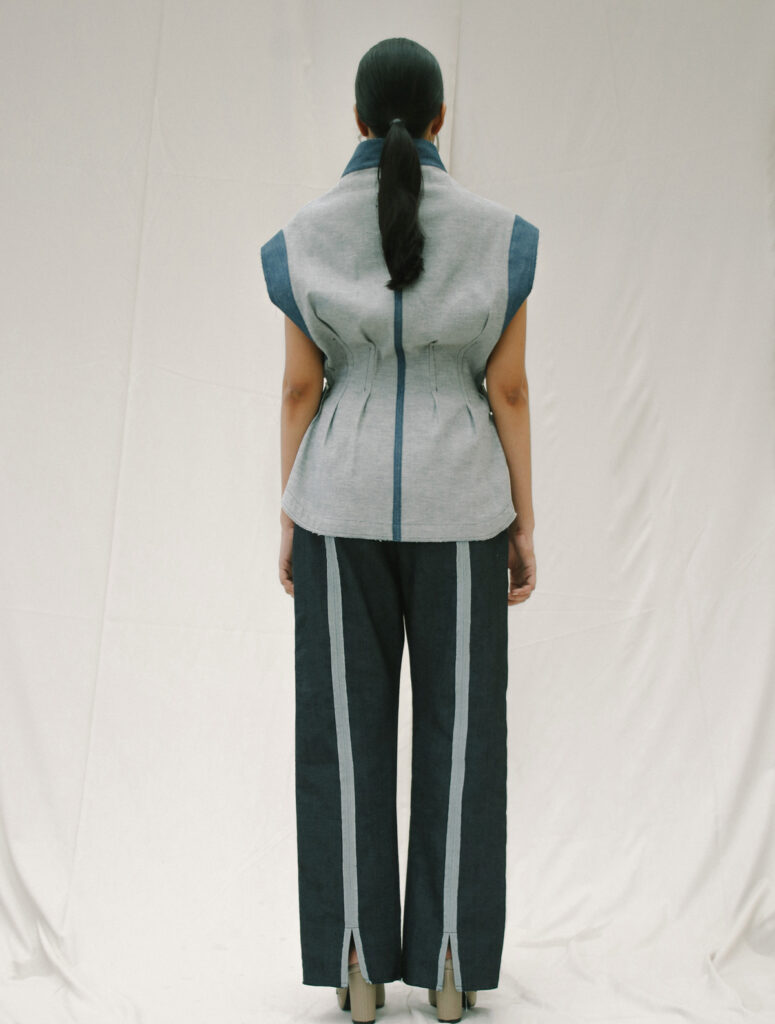 The designer opens up about his cerebral creative process, ignoring fashion norms to produce emotive… 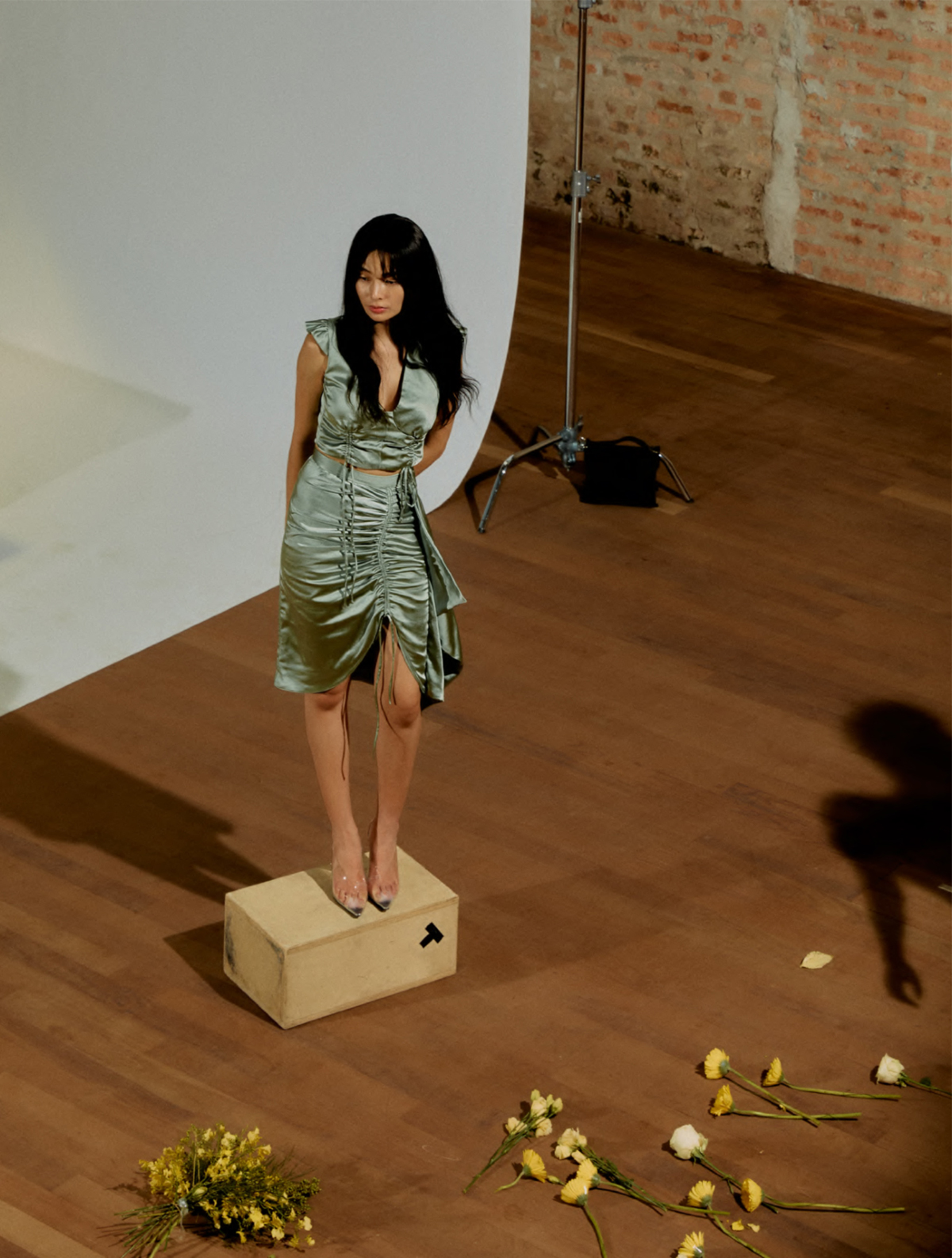 Inspired by nostalgia, the Malaysia and Paris-based designer brings forth his Spring/Summer 2021 collection. In… 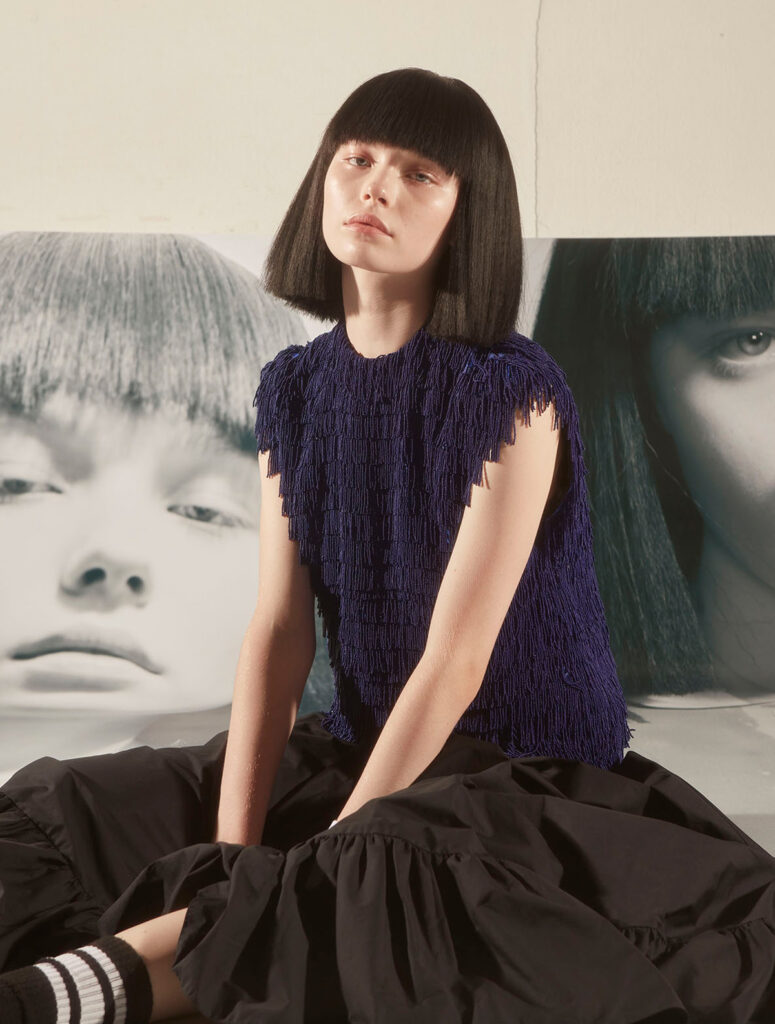